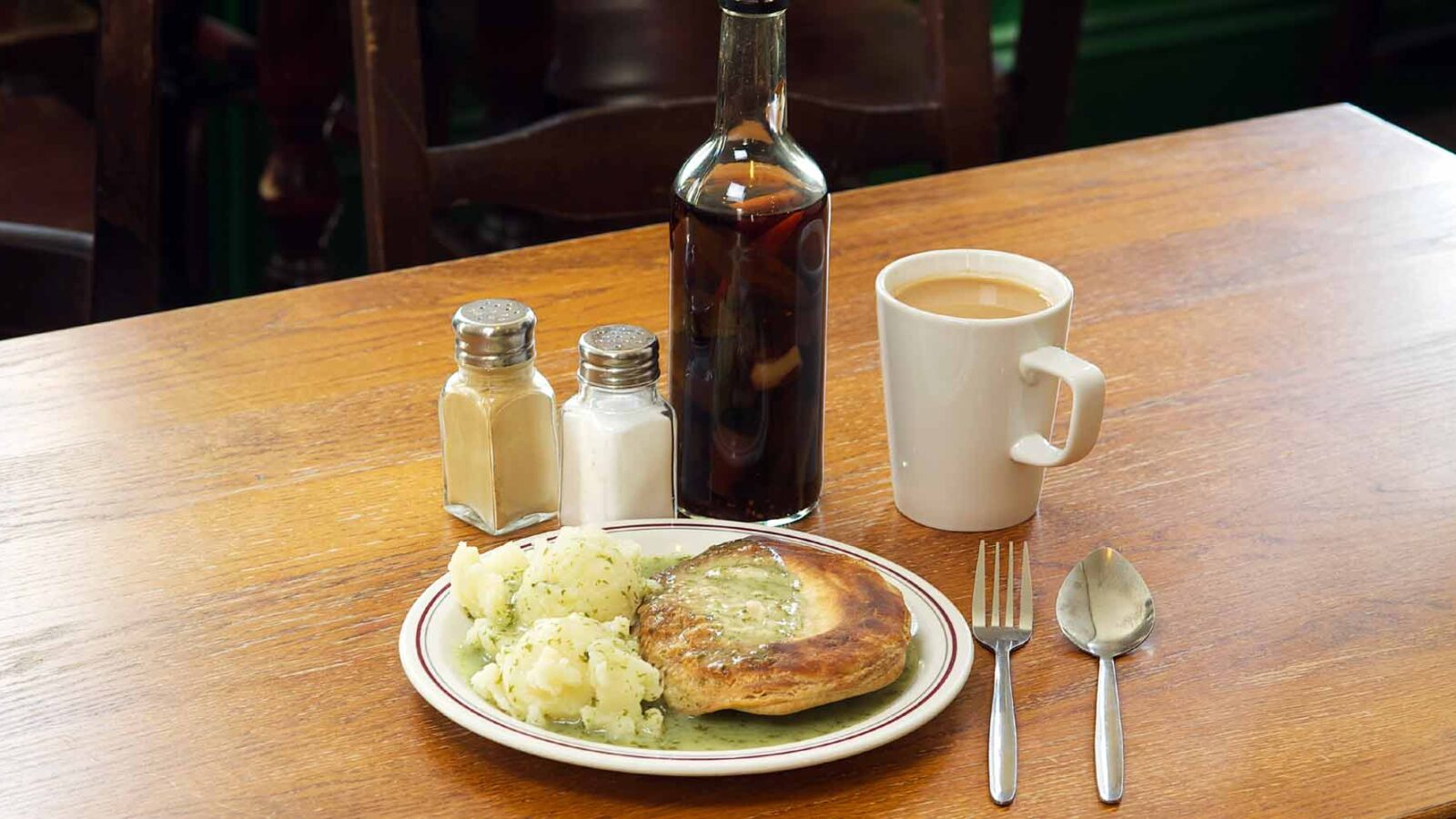 Pies have been the staple diet of Londoners for centuries and the London ‘pie and mash’ shops offer a meal that is steeped in history and ingrained in the very fabric of London.

“Eel Pie Houses”, as they were originally known, have been around since the 1700’s. Originally, the piemen would carry their pies in trays or small portable ovens to sell them on the streets of London. Early pies were actually filled with eels from the Thames, the eels would have been spiced and stewed in stock prior to being used as a pie filling. The more successful piemen were able to establish static stalls to increase custom.

In latter years eels became too expensive and the pies were then filled with meat. In modern times the pies are now filled with 100% minced beef.

During the 18th and 19th centuries there were large redevelopments of land outside the original City of London walls and shops and stores began to appear. The industrial revolution in the 19th century allowed pieshops to expand and establish themselves, serving cheap and nutritional meals to the workforces.

The individual skills of each shop’s ‘pieman’ and their recipes means that no two pie shops are quite the same. Each family has their own recipes and traditions in making the pies, mash and liquor.

Over the years many pie and mash shops have gradually widened their menus to offer other types of pies including vegetarian pies. Some also offer traditional items such as shellfish, pasties and desserts like apple pie and crumbles.

When you eat in a traditional London pie and mash shop you are helping to keep alive a London tradition that goes back over 200 years. There are many famous people and celebrities that enjoy pie and mash but perhaps the highest profile is David Beckham who makes regular visits to his favourite pie shop.

The picture below is taken from the Pie N Mash Guide which was published in 1995, it shows our first Greenwich shop in Greenwich Church Street.

Here’s the link to the Wikipedia page on pie and mash.

The Pie and Mash Club

Each year members of the Pie and Mash Club meet up at various pieshops, they operate a league table where eating more pies, mash and eels mean more points on the leader board.